3 reviews
$90.00 AUD
Renowned for his edgy, raw style and bold use of color and texture, Jean-Michel Basquiat is one of the best known artists of his generation and is widely considered one of the most influential artists of the 20th century. The Basquiat brand embodies the grit of international youth, punk rock and city culture.
Corkcicle has partnered with The Estate of Jean-Michel Basquiat to bring you a series of 16oz Canteens that pay homage to some of his most famous masterpieces.

I have bought 3 Corkcicle Canteens (25oz / 750ml) in the Dragonfly, Snowdrift and Gunmetal colours and my family love them all! These are such a great bottle to take everywhere (work, school, travel) and they keep all our liquids cold (and hot!) for HOURS! I always drink warm water, so having this has been a godsend for me as the temperature lasts me the whole day (and sometimes even into the night). Highly recommend! Thank you Sandee for offering these in your store! :)

I have owned a corkcicle stemless cup for years and it still works a charm. My coffee or tea stays as hot as when it was made for hours. Cold beverages stay cold even longer! Ordered 2 more for Christmas presents for school teachers.

Sandee’s service is top notch and I love her personal touch with every order. You cannot go wrong ordering from Sandee Rain!

I absolutely love the Corkcicle stemless cup (bought it in Pixie Dust, beautiful colour!). As a mum of 3 kids, I don't get to drink my tea straight away as much as I want to. Since I bought this cup I can be sure my tea will still be hot by the time I'm actually able to drink it. Thanks Sandee for giving me the gift of enjoying hot beverages again! Let customers speak for us

Such a lovely colour and you only need one coat so has amazing coverage and application! Amazing!! Plus it dries really fast! 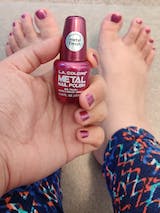 Quick drying so applying two coats for better coverage doesn't take long. It's a beautiful blue iridescent colour. Love how it can look purple depending on the light. 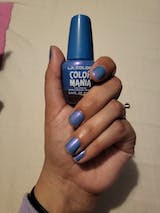 Great colours, very soft material and awesome coverage. Can pair the cardi with almost all outfits. 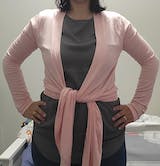 Absolutely in love with this nail polish. The colour is just amazing and the metallic effect is great. Only one coat is all that is needed. Plus, it dries super fast. Great for a whole mani/pedi or to add a pop of colour. 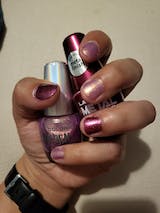 Ordered this colour for my daughter but it is such a lovely, magical pink that I'll have to borrow it. It's not too bold or too dull. 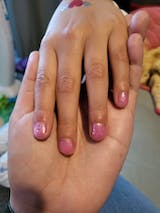